How to Fix The Relationship After He Cheated 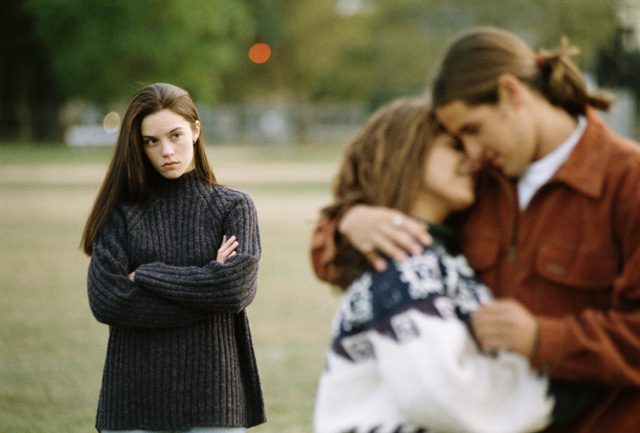 you have been together with your man for three years already. It feels like forever. You know him so well. you know what he likes and what he does not like. You even know how he feels like even if he does not tell you about it. You believe that you are soul mates and are destined to be together forever. But then somehow you feel that there is something wrong. You cannot put your finger on it. He is still the same. But there is something amiss about the whole thing. You just do not know what it is.

then you start to see some changes in him. they are actually rather small changes but then they are rather strange. He does not call you as much anymore as he used to do before. You chalk this up to the rut that people in relationships go through when they are together for a long time. But then the sweetness he used to show all the time is waning. Is this still that rut? You prod and find that he has another girl on the sly. It turns out he has been going out with someone else while you have been loyal to him. but he has asked for your forgiveness and you decided to give it a shot. You decided to try to work on the relationship despite the fact that he cheated on you.

Here are some tips on how to work on the relationship after finding out about someone who cheated on you:
• It is going to be very difficult. Expect there to be a lot of tension.
• For the cheating party, make sure that you go out of your way to appease the hurt party. You were the one who made a mistake so you need to make sure that you would make it up to her.
• For the hurt party, try to accept that it is part of the past. Try to forgive your partner.
• Talk about the issue. There must have been a problem which would bring your partner to cheat on you. Talk about what happened.
• Listen to each other. For the hurt party, listen to your partner. Get his or her opinion so you guys can make your relationship better.
• Work on it wholeheartedly. Put full effort to make it better.
• Find out the things that you both do not like about the relationship. Make a list of the things you do not like. That way you both would know what you both need to work on.
• Meet halfway and compromise. Try to understand each other. Understand what the other is trying to say.
• Be open to some change in the relationship. You need to be open changing some things in your relationship if you want something to work out in the long run.
• Talk about it. You need to both make sure that you make the time to talk about things at all times. You need to talk about the infidelity. But after this, do make sure that you talk about any problem that might arise along the way. There would be instances wherein you will encounter problems. Nip them in the bud right away. Talk about them even before they blow out of proportion.
• Make sure that you do not let the night pass when you have issues. Make sure that you talk about it right away.
• Do not talk when you are both angry. Make sure that you both calm down and then talk about the matter bothering the both of you.
• Do not keep in contact with the third party. This will cause a lot of tension and grief for your partner. The time will come when you might all be friends. but for now, do not risk it.
• Do not bring up the topic anymore. Do not blame the person who cheated for cheating. There have been reasons as to why the cheating happened and you might have been one of the reasons. You both were in the relationship and you both have had your little faults. No use in bringing up the topic all the time. It will make the party that cheated feel even worse and might end up hating you in the end.
• Let the past remain in the past. You can remind the cheating party from time to time. But do not use it as a weapon against him or her. It will backfire.
• Do not try to do the same thing to spite your partner. It will not end well.